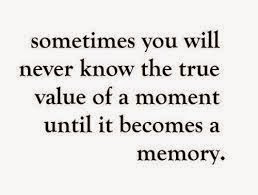 December 24, 2014 a day before Christmas I had decided to meet a Facebook friend whom I had only known in the virtual world. I always look forward to the day when I could meet some of my virtual friends in the physical world. It always nice to meet in the physical world the person that one had share thoughts and banter with from time to time in the virtual world. Facebook give us the opportunity to make friends in the virtual world thus a meeting in the psychical world would complete the friendships. Before Facebook, Bloggers would meet in the physical world over lunch or coffee. I love to meet those smart folks who could articulate well on issues been posted from time to time on Facebook. On that Wednesday I got the opportunity to meet one such person from the northern state of Kedah. She was on the way back from a holiday in Turkey and made a stopover for a few days in KL before going back to her home of Sungei Petani on Christmas Day. Earlier on the wall of her Facebook she posted that she was at Kinokuniya in KL  Knowing that she was in KL I send her a note asking whether she would like to meet. She replied that she would love to. So we decided to meet at the KLCC, a place that is easier to meet. So at eleven in the morning on December 24 we met. Since we were strangers and had only met  in the virtual world  I told her to meet me in front of the Cashier counter of the Kinokuniya book store and then would go for coffee at the Coffee Club on the mezzanine floor. The Coffee Club at Kinokuniya is a place where I would meet friends and strangers for coffee or a snack from time to time. While waiting there for her to arrive I notice an odd looking person at the Cashier counter. Read the full episode of the happening here [ I blog about this here ] Soon that stranger [Adrina Omar] arrived,  we shake hand  and left to have coffee  at the Coffee Club at the Mezzanine floor above. We  ordered hot drinks and snack. Found a nice table and sat down to chat. Since this was the first time we met face to face in the physical world there was plenty to talk about. While in the midst of the chat a familiar face [Shakirah Zain] a Blogger/Facebook friend suddenly appears smiling, a certain smile, a happy looks. I was surprised indeed to see her in that moment in time. She was with her daughter. We shake hands and I introduce her to the stranger who was with me then. She then told her daughter to take the next table and continue to chat with us for a while. I was sort of mesmerized with that beautiful scene been played in front of me in that moment in time. After a while she left and joint her daughter to enjoy their brunch. With that my new friend and I continue to chat on various subjects that comes to our minds. Adrina is loaded with knowledge and it made discussing history and current happening in the country lively. Shakirah an Accountant turns professional translator despite been a single parent handles her situation raising the kids on her own very well indeed.  Both women have  beautiful minds of their own and I always love to share thoughts and banter with such people. It does enrich my mind too.  I had completely forgotten about the happening at the Cashier's counter earlier before we when up for that coffee. It not always that one gets to be part of such happenings in one location in one day. Perhaps this is what Carl Jung said synchronicity!

Labels: A happening, An event., One of those days... 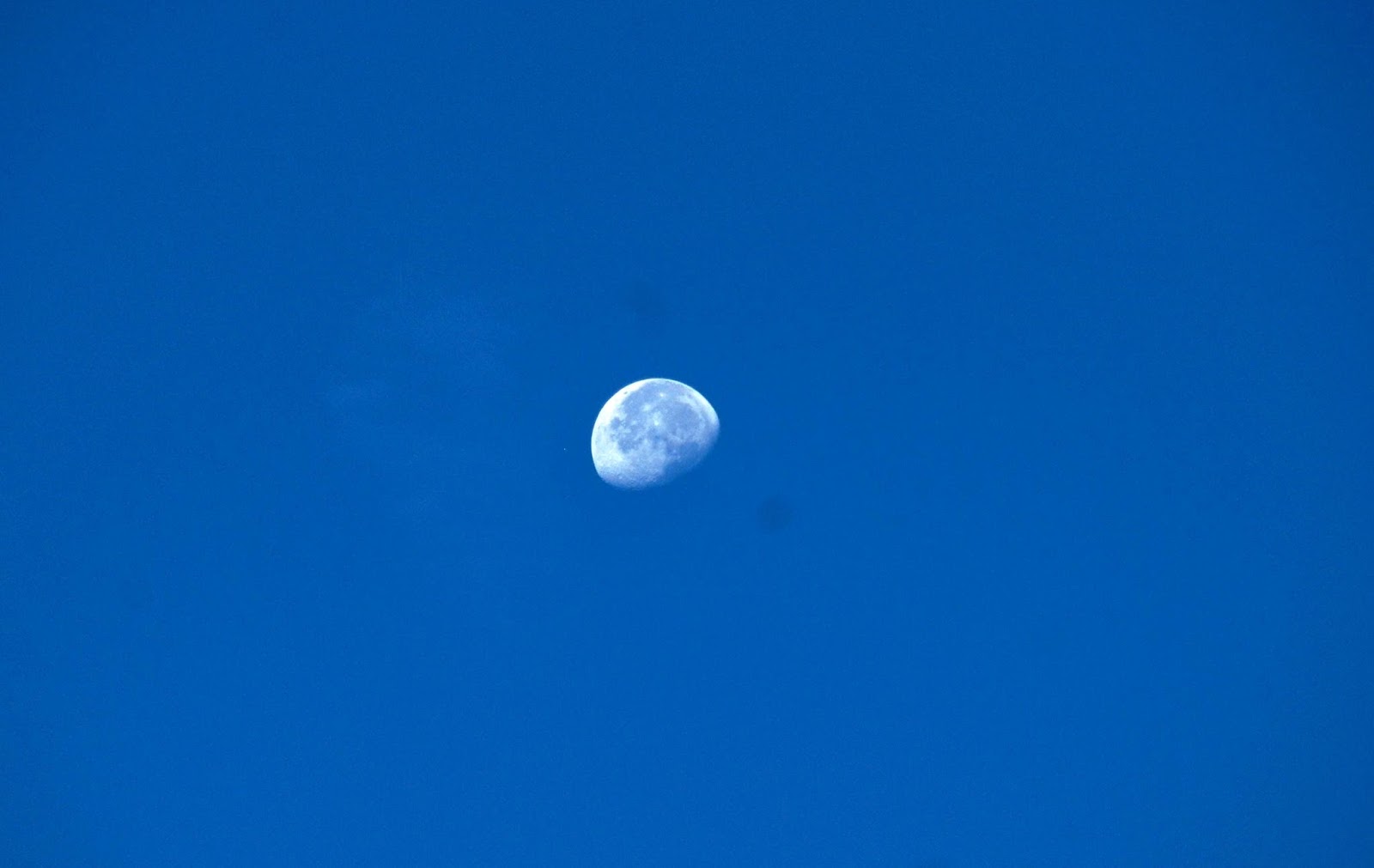 It was just past eight in the morning. I woke up to a beautiful morning with the sun just rising at the back of the house. After doing the normal ritual at the front of the house I open the gate and enjoy the fresh air and look at the sky above. It was a gorgeous blue sky. Then I saw the three quarter moon against the background of the blue sky. It was majestic. I went up into the house and took my DSLR with it telephoto lens and snap a few images. About is one of the images that came out very well indeed, taken at 8.06 on January 10, 2015. Enjoy it folks.

Labels: An event., One of those days..., Photography

Let me beginning this New Year with this beautiful story. It was a day before Christmas and I was waiting for a friend to arrive in front of the payment counter at the Kinokuniya book store at the KLCC. It was just after eleven in the morning and yet the counter was already thronging with folks queuing to pay for their purchases. While waiting I notice the queue was getting longer. In fact it had stalled while the one at the second cashier was running smoothly. I was wondering why. I took a second look and saw what look like a strange person trying to make his payment and the cashier seem to have some problems.  That person look odd; he dress funny in a two tone black trouser and brown shirt, the like of an Elf, that is not normally worn by folks here. It could be sort of a fashion dress of his own and rather shabbily dressed. I notice on his head or neck there is a growth protruding like some tumour. I believe others noticed that too. I look and saw that he does not look real in the row of people queuing for making payment.  He looks out of place from the rest; sort of weird.  He was standing right in front of the first cashier and making payment for a book with a RM50 note that look old and crumple. The young cashier was telling him that she could not accept the note but I believe he insisted on paying with that note; most probably he did not have any other. Soon the process of payment at the first cashier stalled and the queue became longer as the cashier was trying to find a way to solve this problem. She went to make a call perhaps to her boss while the second cashier was attending to the other queue. At that moment in time my intuition was telling me to do something to save the situation of becoming an embarrassment. In those split seconds I decided I could help. I then went to the counter and ask the second cashier how much the cost is. She looks at the monitor and said it RM30.00. I told her that I would help and ask the first cashier who was holding the crumple note to see me at the end of the counter.  She came over and shows me the old spoiled RM50 note. I gave her my RM50.00 and told her to settle the matter and that I am happy to help and I left the counter. With my friend who had arrived just minutes earlier we move on taking the stairway to the Coffee club at the mezzanine floor above and sat there to chat over coffee and later lunch. Since it was sort of a meeting of two strangers meeting for the first time the chat went on for almost four hours. I had completely forgotten about the happening at the cashier's counter that day not until I got home that evening while watching the TV. Anyway I was happy I did what I did; life is beautiful indeed.

Labels: A happening, life like that, One of those days...
Newer Posts Older Posts Home
Subscribe to: Posts (Atom)