Today is the last Saturday of March 2013. It is a beautiful day. I decided to clean the patio and my little garden. After that had breakfast and then surf the Internet and start blogging; Nothing much just reminiscing these thoughts of mine.... In April 1971 I was send to Australia to attend a course under the Colombo Plan. It was the first time I had ever gone overseas and this trip excites me. At that time not many Malaysian goes overseas thus we were delighted to have been selected to go overseas; Australia. I was in my early thirty working in Malacca with two small kids. My spouse at that time was working at the Telecom Department there. It was difficult to leave the young kids and their mother but attending the course is very important to my career. I had no choice but to go for the three month course in Australia.  So with heavy heart I went. Three of us young officers arrived at the Perth Airport in the early dark morning. The weather was cold and the smell of the atmosphere was different. We are indeed in a strange place that personally I had never dream of been but here am I in Australia, a white man land. While waiting for the local representative to take us to the hotel we sat to have coffee. I look at the board at the back of the counter and saw they have Black Coffee and White Coffee. Not sure what a White Coffee is we decided to be on the safe-side by ordering Black Coffee. I notice that all the shopkeepers are white man and more white man are seen sweeping the floor, collecting trash and one even open the door for us. I was shock to see the white man doing all these things since back home during the colonial era they were the Tuan [Boss] and this is the first time I saw the white doing any manual works. I was shock to see the white or  MatSaleh were doing works just like us back home. Four hundred years of colonialism did that to our mindset; thinking that all white-man are Boss or Tuan. That was the first time I went overseas thus my reaction to that happening at the Airport. Anyway after spending three months in Australia I learned that we are after all are the same except of the knowledge we have. So it teaches me a very important lesson that knowledge is very important for us to stay independent and progress likes those in the west. At the course I learn as much as I could of how the Australian handle their rural youth. And of course while there I saw the developed country with modern  amenities at close range and that I learn too. On my return I use that knowledge I learned to introduce new Youth programme for the benefit of our young in the rural area. During the period of the course we were taken to almost all the cities in Australia.  The image on the left show us on a street in Melbourne, Australia. 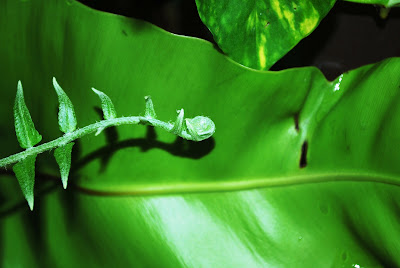 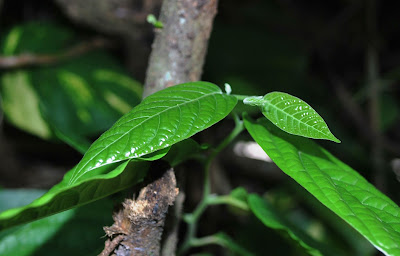 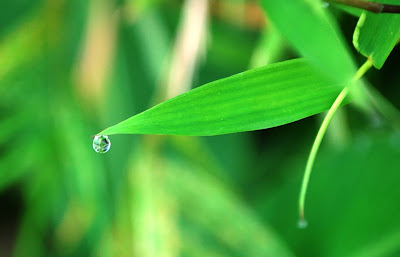 Above are some images of young shoots and greens from my little garden. It is the beginning of the process of growing. Indeed a wonderful moment to watch and wonder nature at its best. There are so many wonderful happening in nature to watch and enjoy if only one care to look. Remember without these green there would be no life on planet earth. It is only the plants that could convert the sun energy into food so that other species on planet earth could consume as food and obtain that sun's energy to enable all to enjoy living. Without that energy all lives on planet earth would perished. Be thankful to the plants for that. So think about it folks and do give due respect to these humble specie; the plants.

Good Morning folks, it is a beautiful day in March. The sun is shining bright with white clouds scattered up above. I thought for today I just ramble whatever I am thinking now. One of it is about  about paying bills. Yes the bill that we pay every month to keep our home running. It cost me not less than RM800.00 a month to pay all my bills. Yesterday I went to the TM Point at Ampang Point and paid it all. Just imagine for my house alone it cost that amount. Without that kind of money my house would be dark without electricity, no running water, no Astro[Paid TV], no Unifi[Broadband], no Phone, no Cellphone and life would be just unbearable; what with the weather now. It is always hot and humid and air conditioning looks like has become a norm rather than a luxury likes before. In the forties of the twentieth century when I was growing up in a Kampong [village] in Kuantan there was no bills at all to pay. Water was from the well, we did not have electricity, no running water, and telephone was a luxury that no one could afford. Life was simple and folks get on with their lives as usual without thinking about paying utilities bills. Money was only for buying foods and clothing but now it looks like the money we need is more for paying bills other that for foods and clothing. I walk to school to and fro everyday so it is free too. If it rain we would cut the huge leaves of the Yam plant and use it as umbrella since we just could not afford to buy one but it was all right and looking back it was fun too. I had only one pair of shoe and that was used for schooling only; once back home we would either use a clog or just barefooted. Computer, Radio or TV was unheard of and for game we invented out kind of games like Hide and Seek, Playing Marble and whatever that we could play around. An old bicycle wheel without the tire would be a toy to play around the house. What is needed is a long stick and it kept the wheel running. It was fun. Come the monsoon we would enjoy the rain. At weekend as we get older we would go camping in the bush or near the beach. Telok Cempedak a beautiful bay beside the sea which was still jungle then was one of our favourite camping grounds. We all had fun and most of the time money was not part of the equation. Folk’s life was like that and looking back it was indeed an enjoyable time of our growing up period.

Labels: One of those days..., Rambling, Reminisce 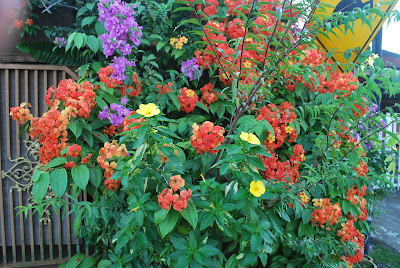 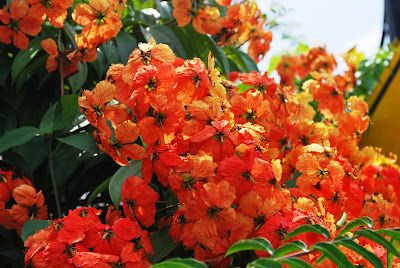 Above is the flowers in front of my house where I had planted varieties of greens and flowering creeper plants. The bright and brilliant flower in the image is call Bauhinia kockiana and it bloom all throughout the years. I hope to plant creeper plant with blue flowers, adding more colours to that area of my house. At present I have the Yellow Allemande, a bright yellow flower and many colours of Bougainvillea as well the Kenanga flower. 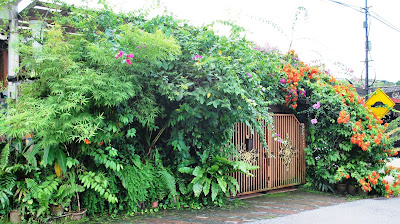 When all these plants bloom at the same time it turns the front of my house into a riot of colours in all the shades of greens and the colours of the rainbow. 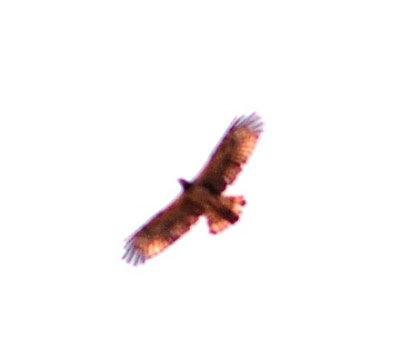 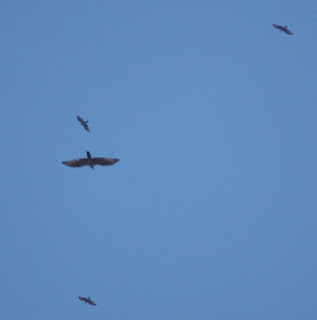