Of late I have been slow in my blogging. One reason is the call at Facebook and keeping with the posting of friends there. Anyway I am back here from time to time to just continue my blogging. Unlike Blog Facebook posting is just read a few time only. After that it is gone unlike posting on Blog the posting stay for ever and read by folks who are searching for information. I still love to blog so I am trying to juggle my time on cyberspace the best I could. 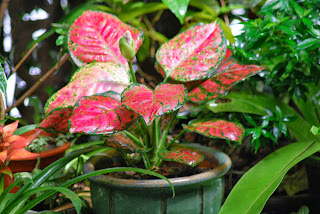 As usual my daily ritual has been gardening, a walk around the neighbourhood, reading and lepaking at the KLCC Mall. This morning the weather has been good and I could hear the bird chirping from tree to tree in front of my house. A few little birds would come over to enjoy its morning meal sucking the nectar on that yellow hanging flower in my little garden. The elusive squirrel that I had feeds all the years around would come and go after eating the cut apple that I had left every morning on a plate about the fence railing. It really nice to watch it come and munch the fruits with it eyes always looking around to alert and keep itself safe for other predators. I am hoping that some little birds would built its nest there and that would add colour to the little garden. So far it just fly in and out enjoy the greens and the food that its get there. I have rearranged my Serambi and now I would sit there from time to time and enjoy reading the latest book. We now have a cat call Mei Mei and it has been with us from April this year. It was a gift from our eldest daughter to her mother on her birthday recently. So now we have another company around the house. 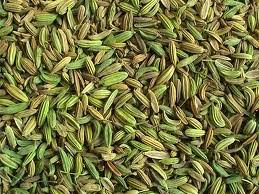 For some months already I have been having cough in the early morning. I ask the doctors in the family what is wrong. My son in law who is an ENT specialist asks whether my nose is block and I told him it is not. He say not to worry too much about it and it would go away. Then I began to have dry mouth whenever I sleep in the day. It felt rather uncomfortable.I then Google 'Dry Mouth' and out came all sorts of information about having a dry mouth. Now I know I am not alone having this problem. I then told the doctor in the family about this. We have two MD in the family and both are specialist in their own fields. My son in law an ENT specialist say that it because of old age and that most folks get this as they aged and there is nothing much a doctor could do but to prescribe some ointment and he say it it does not solved the problem. His advice was to drink plenty of water and not to get dehydrated. Air-conditioning is one of the causes of dehydration. I then check on the internet whether there are other traditional remedies to treat Dry Mouth. According to the information I found on the internet there are many ways to lessen and cure the dry mouth problem and among it is to chew Fennel seeds. [Jintan Manis]. I am doing just that now and found that it works. It would help to lessen the dryness of the mouth if taken from time to time and just before one goes to sleep. At the same time I have start to sleep in a non air-conditioned room. Image on the left is that of the Fennel seeds. 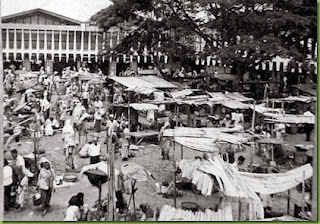 Another happening that we are discussing on Facebook it about the demolition the famous Pasar Payang in Kuala Terengganu to make way for a more modern complex. This discussion was brought about by my blogger friend Awang Goneng. He is from Terengganu and now resides in London. All the discussion and bantering on the Facebook were against the demolishing of that historic Pasar Payang. To me personally who have been doing social change program while working in the government, the building of a new complex to house all those who are doing business there now would surely destroy the future of those traders in the present Pasar Payang. A new building with air-condition would create another culture of business and since the present traders are not used to the modern way of doing business they would not be able to adapt to the new business environment, thus would eventually failed. I would suggest that instead of building a new complex they should just renovated the present building by making it more airy and better ventilation and no air conditioning at all. Image on the left is the Pasar Payang of the old taken from Awang Goneng FB wall.

Well folks life is like that and nothing stay the same forever. So we all have to adapt to the situation and continue to enjoy life.

Of Relatives and Friends on Eid Festival 2013... 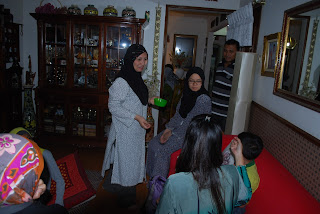 After going through the spiritual journey of Ramadan for one month we celebrated the festival of Eid. This year the festival was celebrated from August 8, 2013 and the celebration continue for one month. One is not allow fasting on the first day of the Eid but could do an optional fasting after that day. We have prepared foods and cookies to entertain friends and relative who come a visiting during the festival.  This year’s many of our relatives with their children came to visit us. We were happy that many did come over during this festival. At this period of our golden years such visit are most welcome for it is only during this time that we get to seen them and their growing up kids. At the same time it was also an opportunity for our children to meet their cousins and their children as well. It became sort of a reunion of family members in a festive mood. Below are some images of the guest at our home in Ampang Jaya. 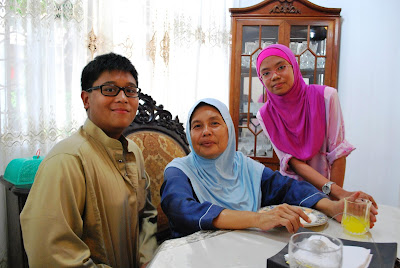 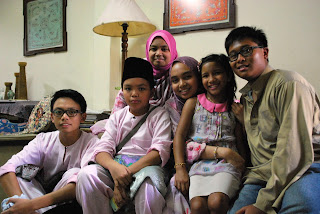 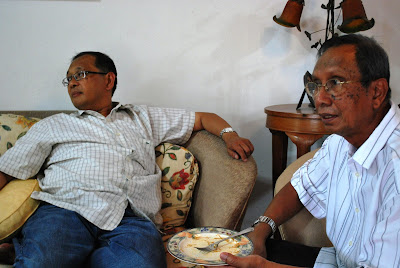 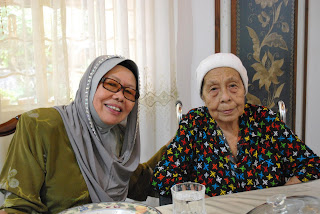 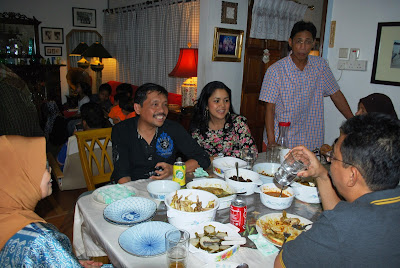 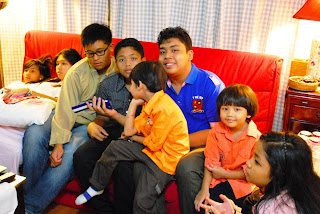 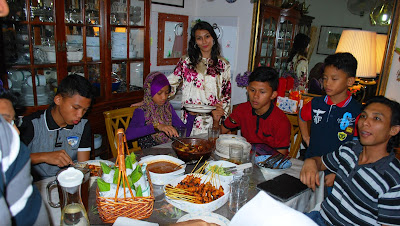 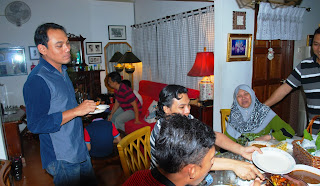 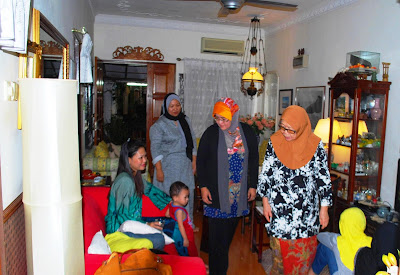 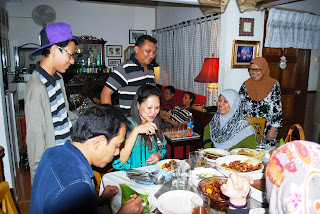 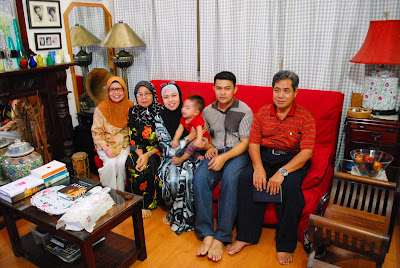 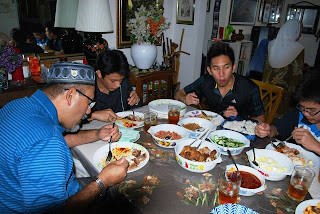 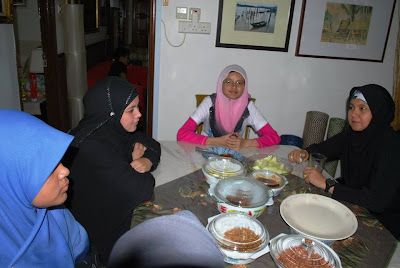