Yet another colorful day.... 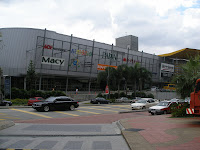 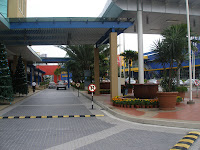 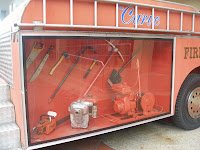 The happening Sunday 23, 2007. It was a Sunday before Christmas. We decided to visit Ikea and the Curve for another weekend adventure. We left our home early since we knew there would be a crowd at Ikea and the shopping mall around there since this places are often filled with shoppers especially so on weekends. And that weekend is just before Christmas and the holiday. When we arrived at ten in the morning the parking lots at Ikea has started to be filled. Anyway since we are still early it is not that difficult to get a parking space at Ikea. I parked my car at level one and proceed to Ikea and as usual end up buying things.

After that shopping at Ikea I took all that had been bought and stored it in the boot of my car so that we are free to roam about at the Ikano Mall as well at the Curve across. As usual this mall is throng with people enjoying themselves on this beautiful Sunday morning. We did some shopping at Metro Jaya and at the Boarder Book store, then went to lunch at Secret Recipe. As we sat to enjoy our lunch we notice more and more cars passes by heading for the parking lots. And soon the complex began to overflow with people coming to shop or to do lunch. After enjoying our lunch we decided to cross over back to the Ikano Mall and window shop there. Just as we were entering Ikano we met a couple whom we first met while living in Boston. We then chat of old times. My spouse and his spouse sat at the bench there to chat while we man just stood there and exchanges note. He was then doing his Master degree at MIT. I soon found from his Business card that he is now a CEO of an International Company. What an achievement in his career. It was real nice meeting this couple in that crowd. And as usual in that situation time just passes by fast. Since they were in a hurry we did not have coffee with them. After a while we parted company and went our own way.

We move on to look for a place to have coffee. I love a cuppa after lunch!! that steamy hot black coffee, our favourite. We thought to get the coffee at the Ikea Cafe just outside the payment counters and found that the crowd there was rather large. We could see people queuing up to buy snacks at this Ikea Cafe. I love this Ikea cafe for its Curry Puff, Hot dog, Swedish biscuits and the brewed coffee which is cheaper here then at other cafe. One thing about the Swedish Biscuits, you cannot get it anywhere else in town. We decided not to have coffee here this time because the place is packed like sardine. So we thought that we might as well have coffee at the Ikea Restaurant upstairs. So up we went and soon found that the crowd there is worst then the one below. It was like a market place, people were queuing as well and not a table was empty. Well, that's what Malaysian do. Makan!!. Enjoy eating.

I told my spouse that we might as well go to the Dome which is much comfortable. We move on and got an outside table at the Dome, ordered coffee and sat to enjoy the brewed coffee while watching passerby in technicolor. Throng of people passes by in both directions enjoying their weekend at the Mall. And guess what!! Ruby walk by and stopped. What a chance meeting!!!. I introduce her to my spouse and she introduce us to her spouse and her son. What a day to meet another blogger in those crowd. We exchanges some short jokes about shopping and wish them well. They then left heading toward Ikea, perhaps to create more damage just like we did a few hours ago. Well, life is like that and we love shopping and enjoyed doing it.

After enjoying our coffee at the Dome we decided to window shop at Ikano and end buying at yet another store. I notice cars still coming into the mall complex. It look like that folks are having a gala time shopping at this shopping mall which includes the Curve and Ikea. After a while we decided we had enough for the day and to head home. We took the Pencala Link and enjoyed the drive home. No, we did not go straight home, we decided to visit a supermarket that has just open. The MaxValue at the new annex of the Petronas Station near Ampang Point. With this one open for business we now have three supermarkets to frequent. I notice that Carrefour would be opening an outlet soon in Ampang. So with that we would now have Tesco, Giant, MaxValue and Carrefour within a radius of just five kilometers from our home. It would surely be good for consumer like us. The more outlets the better would be the competition between these outlets. We did some purchases at MaxValue and then went home happy. Indeed it was a lovely weekend adventure for us. Have a nice day.
Posted by Pak Idrus at 1:02 pm

Labels: A happening, people and places...

With the popularity of Ikea in KL evident in your post today, I wonder: is the DIY (Do It Yourself) practice catching on in Malaysia?

louis, thanks for the visit and the comments. Yes DIY is catching real fast here. With that tools for DIY are selling as well. With all the time in the world I enjoy DIY and most of the handyman works at home is my doing.

Last weekend we planned to lepak and window shop at ikea and Ikano, but decided not to after someone called to say how jam packed it was there. If I were to go I'm sure I would have bumped into you too! Maybe we'll bump into each other else where, but most definitely it would always be in the blogsphere.

wiz, thanks for the visit and the New Year Greeting. The same to you and hope that you would have a great time this year as well.

Well, Ikea has been one of our favorite mall. It is a place to get ideas as well things of beauty to enhance our living environment. In fact yesterday Saturday we went to Ikea again to get some parts for our kitchen cabinet and get more of those Swedish Biscuits for gifts to friends and neighbors.

As for meeting each other sometime it just happened that we are at the same place and time, thus the meet. Hope that we bump into each other at anyplace. It would be great and we could have coffee together. Have a nice day and take care.

it was indeed a lovely weekend adventure you had Pak Idrus. mad redo1 is looking forward to reading more of these in the future... have a great week.

Anonymous said...
This comment has been removed by a blog administrator.
9:43 am

mad redo1, thanks for the visit and the kind words. Well, life is to be enjoyed and we are doing just that in our golden years. Have a nice day and take care.

pak idrus,
I wonder what else you bought from Ikea. Knowing your house is already so well furnished and nicely decorated, I don't think anything else is necessary.
I may want to look for a pet 'frog' too to greet my vivtor to my home.

zawi, thanks for the visit and the comments.

Going to Ikea is not about buying only. It is a place to understand the concept of fine living as well. Sure you might end buying things but that is what life is all about.

I wanted to take you to Ikea to expose you to what Ikea is but you did not have the time. The next time I would surely take you there. Have a nice day and take care.

Ha ha..that was a nice chance meeting kan? As I was walking in the Ikea direction I was thinking to myself, wait a tad, this gentleman looked familiar..hey presto I thought. It's Pak Idrus and to think we just met with Kak Teh, AG and gang.

Yeah! My hubby knows I blog and I do mention some names to him and yours is one.

I have four boys and you met Harith. He's one of the twins.

No not much damage that day at Ikea..he he.

ruby, thanks for the visit and sharing your thoughts of the beautiful Sunday at Ikea. Well it was great meeting you and the family as well.