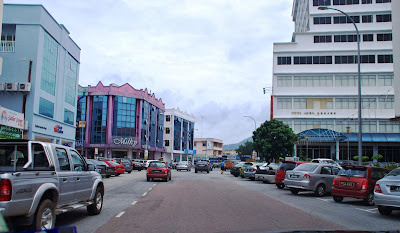 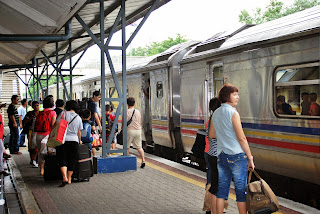 December 23, 2013, on the way to Port Dickson from Johor Bharu we make a stop at Kluang where I work in 1967, some forty four years ago. Kluang is special to me since it was there I first start working as an officer of the Ministry of Culture, Youth and Sports, a Federal Government post. The designation was the District Cultural Officer where I had to cover three districts; Kluang, Segamat and Mersing. It was a challenging job where I had to travel to various places in the rural areas in the three districts doing social change programs. This is the first visit since I left that place on a transfer to Malacca in January 1969. Kluang got its name from the Malay word for Flying Fox... Keluang, thus the town is name as Kluang. On the way to the town of Kluang from the North South Highway exit I saw lots of changes, all land that was once rubber plantations are now develop into residential estate, schools, shop lots and other government institution like the Agricultural experimental station and Veterinary research and development centre. 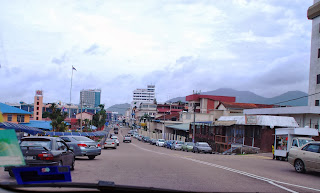 When we arrived in Kluang I hardly could recognise it. It used to be just a two streets town divided by a railway gate with the the hospital on the other side. Thus when the gate is closed to allow for the train to pass by one cannot get to the hospital on the other side. I notice the railway gate is still there but the township has developed on both sides. On looking round the places I still could remember the Railway Station and the Telecom Department where my spouse once work as well the two streets, now known as the old part of the town. Other than that the whole town is strange to me. Forty four years has changed the town totally and I just could not figure out some of the places where I used to roam daily. 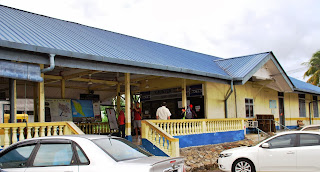 I stop at the Railway Station to have a look at the famous Kopitiam shop the serve great local coffee and some snack but that day it was close for business. The train station looks almost the same with very little change. While I was there a train was just coming into the station. It was indeed a fortunate time to be there where I got to watch the train arriving and the arrival of folks as well the departure of others. I snap some picture and sharing it here. 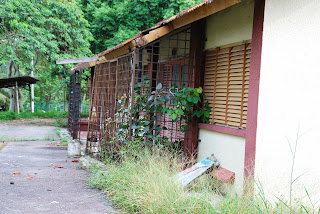 We then tried to look at the government quarters where we live once but I just could not remember the exact location. I knew it somewhere near an Army Camp but because of the place have been developed it was difficult to remember the exact location. So with whatever memory my spouse and I could remember we try to look for it. It takes going round and round until our son in law who was driving the car found the place. He parked the car nearby and we went out to have a look. The house is still there but had been left to rot. Looking at the building memories of past happening came rushing back. At that time we were just a young couple in our mid-twenties, with two young kids who were as yet to go to school. Asmah my spouse was working at the Telecom Department and I as the District Cultural Officer for East Johor with a base in Kluang. I remember there was then only one semi-detached house, one of which was occupied by us and the other by a friend who work in the hospital. It looks like they have built more such houses nearby so it takes time to recognise the house we live in. Sad to see that house is in ruin and left to just rot. 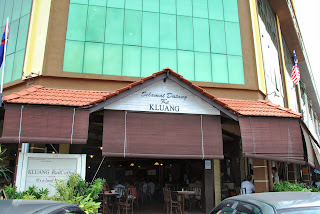 Happy with the find we left the place and before proceeding to our next destination, we went to have lunch at the a new Kopitiam, a much modern and spacious place than their original outlet at the Railway Station. While having lunch there I met an Indian couple with three young kids. We got connected and exchange notes on the development of this place where I once call home. They had come all the way from Batu Pahat to enjoy their meals here. The foods was good and the ambience cosy and we did enjoy our lunch there.  After a while we proceed to our next destination, Port Dickson.

I also began my tour of duty as a veterinary Officer in Kluang, Johor. That was on 16 May 1981 at Institut Haiwan Kluang (now Institut Veterinar). To us then Kluang is named so because of her active night life....

I also began my tour of duty as a Veterinary Officer in Kluang or to be more exact, at Institut haiwan Kluang (now called Institut Veterinar Malaysia). We rented three rooms in a house owned by one Mak Engku in Kg Melayu, Kluang...

azahar, thank you Sir for the visit and sharing your thoughts on the subject of this posting. Oh! what a coincident. That town is part of my life. In those days being posted to a place for more than a year is considered as long. I was a rookies then and learn so many things about communication and the way rural folks lives. Incidentally most of youth programs carried out has to do with rural youth which includes Agriculture and Veterinary projects thus I am always been given great assistance by the local Agriculture Officer as well the Veterinary Officer. I learn so much about agriculture and Veterinary service for those officers. It does enriched my life.