A beautiful day in Boston, MA... 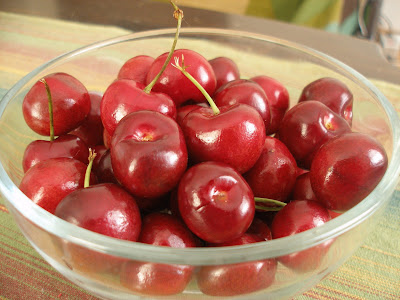 Wake up to a cool morning in Boston, MA. It is now 5:46AM and I am wide awake. Had my breakfast and start to write this. That bowl of fresh Cherry on the dinning table is indeed a welcome sight to our first morning in Boston. 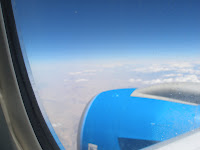 Well, your guess is right; I am now in the US after a long flight from Kuala Lumpur. It start from KLIA at 8.50AM on Thursday May 29, 2008 taking the MAS flight to Newark, NJ for our journey to Boston to attend the commencement ceremony of our youngest daughter at Harvard U on June, 5. She would be getting her PhD, after pursuing here dream that start at Cornell, then at Yale and now at Harvard. As parents we are indeed proud of her achievements. In fact we are very proud of the achievements of all our children, who excel in their academic fields, beyond our wildest dream. Well, that is life, like the saying what you sow so may you reap.

The journey from Kuala Lumpur, the actual flight from KL to Stockholm was twelve hours fifteen minutes and after a transit of one an half hour, we proceed to Newark Airport and arrived on the same day at just before seven in the evening. This sector took about six and half hours. So the flight time KL - NY was about nineteen hours. It was a good flight but to us at this age, it was rather strenuous. On arrival at Newark we were greeted by those friendly and professional officials of the US Immigration and Custom agencies. What I like most about these professionals is that they are doing a difficult job in a very professional manner and yet friendly. We were indeed made welcome. After going through the normal ritual at the airport, we got into the US again after almost seven years of absence. The last time we were in the US was when we were living in New Haven in 2001. 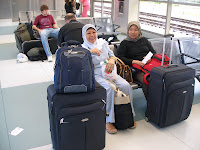 Our daughter was there to welcome us as well. It was like returning home again, since we have been in and out of the US for many times from the early eighties. Tired we spend the night at the Best Western hotel near the airport. With the jet lag it was time to get acclimatized to the different environment with that change in the time zone. We had travelled almost twenty four hours and yet arrived on the same day as thought it was just an eleven hours journey. Just after twelve the next day we took the Amtrak train to Boston and arrived just past five in the evening. Without much ado we took a taxi to our daughter's home at Somerville, north of the Harvard U. With that we start our day in Boston. Indeed happy to be back to our home away from home. We had live in Boston for a year in 1998/99. Have a nice day...
Posted by Pak Idrus at 5:45 pm

Congrat on your daughter's graduation in USA. Take good care of yourself. Call me when you are back here in Malaysia. We can meet up and chit chat about how to improve our blog.

Welcome to the USA!

Congratulations to your daughter on her fine achievement.

Looking forward to meeting you in this country.

steven, thanks for the visit and the kind words on this posting, as well the greeting on my daughter success.

Well, our future depend very much of the knowledge we got to face the ever challenging world. Sure, would get in touch with you when I am back home.

louis, thanks for the visit and the greeting on my daughter achievement.

Once I am acclimatized I would made arrangement to visit Seattle.

Congratulations to your daughter on her achievement.

May she success in her future endevaour

mamadou, thanks for the visit and the good words on my daughter achievement. Well, like you we hope for the best in all her endeavor.

PakIdrus,
I'd just opened your email a few minutes ago and what a wonderful surprise :)) Finally I will meet you. Hope to see you and your family soon.

ana, thanks and I believe this is the way of bloggerhood. First in cybersphere and then eventually in the real world. Would be glad to meet you in person.

salam pak idrus,
congratulations to you and your family on this happy occasion.

aminahsj,thanks for the visit and the compliments. Have a nice day.

Tahniah to you and family! And looking forward to hear your comment of a good flight back home too.

I would be very happy and relieved too if my children can do well in their pursue of higher education.

Congratulations to your daughter. To both of you, have a good and safe trip. Looking forward to read your posts.

all-in-one, thanks for the visit and the compliments as well sharing your thoughts on this posting.

Indeed all parents would be happy with their children's achievements. Hope this would be a good example to others to pursue their own vision.

Pak Idrus,
Congratulations to your daughter, PhD from Harvard is really a thing to be envied.

Have fun and safe journey back to Malaysia.

putri nazli, thanks for the visit and the compliments as well your wishes for us to have a great time here. Sure, would write as I go along.

shidah, thanks for the visit and the compliment and the wishes for a great and a safe holiday.

Have a nice day. BTW how is the new job. Take care.

Hello Pak Idrus, congratulations on your daughter's outstanding achievements. She sure reaching for the stars and beyond, a dream come true for parents. Outstanding!
Pak Idrus, I felt so thrilled to learn my rusty otak is correct Janda Baik near Gentings. Why that place rings a bell because we had a friend who lived somewhere up on the hills, he had a pond with the biggest goldfishes I have ever seen, he breeds them.
By the way, I got your message, but regret for some reason or other my Apple Imac couldn't penetrate into your address, so I got immediately got Zawi to forward to you what you requested.
You have a wonderful stay in US, best regards, Lee.

Pak Idrus,
Congratulation to your daughter.
Have a nice stay there, and keep up updated about what happen over there :)

u.lee, thanks for the visit and the compliment on my daughter's success. She did it and we as parents just gave her all the supports.

As for JB [Janda Baik] it is still like before but with a few developments here and there. Now it is just twenty minutes from KL. When you are back we can go and have a look.

Salam Pak Idrus,
Glad that you reached Boston safely. Congratulations to your daughter on her PhD but most of all to you and wife for ensuring that all your kids achieved fine education and successful life. It is the ultimate in life to ensure that our kids achieved the finest in education and living.... our success is meaningless if they failed in their life.

I am sure you have a lot to catch up with Boston and USA, have a wonderful break and holiday.

akmal, thanks for the visit and the compliment. I am still try to adjust to the time zone and the jet lag and would write as I goes. Have fun and take care.

jaflam, thanks for the visit and the compliment, as well as sharing your thoughts on the important of education for our children.

The success of any endeavor is in the knowledge that one have. I believe with the best education, a laptop and a cell phone you are on the way of making a good living and enjoying life.

The future of Malaysia depend very much of bright and smart citizen. So let do our part toward achieving that goal.

Looks like you'l be seeing AnaSalwa. Are you going to Seattle to see Louis and Rita too?

salt & turmeric, thanks for the visit and the compliment on my daughter achievement.

As for meeting Anasalwa, I have made contact with her and we shall meet in due course. We are planning to visit Seattle and of course would meet the two of our species, Louis and Rita. We already talk on the phone.

Lady, what a great world we live in. We have been to your part of the world before. The next time if we ever get to California, we would surely make a nuisance of ourselves.

Pak Idrus, pls do call me Farina. Ppl might think tht i married a Lord or something. lol. Oh yes, next time you and makcik must visit california and me. there's no such thing as nuisance. :)

Farina, Thanks for the return visit and those input. Actually I was looking all around for your name but could not find one. It is my nature to call someone by the first name but then I just could not find your name, so I did what best I could to address you as I did. So now I am glad that you did enlighten me, and henceforth I shall address you as Farina. A lovely name indeed. You are from the generation of my children and I am indeed happy that you choose to live in a faraway land and enjoy living. Farina that is life and should be enjoyed.

Sure when we are at your shore we would surely visit you and when you are back in KL do get in touch and both of you are welcome to our humble home in Ampang Jaya.